Are you ready to know how many of the shortest wars in history? History is full of wars that were fought for the upper hand, to gain a better land, or to establish tyrannical power. Each fight was fought with a different purpose and at different times. Most of the time, wars were fought in conflicting situations. Sometimes the war ended in a matter of minutes, sometimes it took years to determine the victorious side. Let’s take a look at some of the shortest war in history and why they were fought.

The shortest war in history is listed below as per the period of wars.

From the above list of the shortest war in history, there are the top 6 shortest wars. Let us know more about them. The shortest war in history 38 minutes is Anglo-Zanzibar. The Anglo-Zanzibar war of 1896 was a military fight between the United Kingdom and the Zanzibar Sultanate. It all started in 1890 when an agreement was reached between Germany and Britain. Anglo-Zanzibar war casualties 500 killed including civilians. The 6-Day war also known as June War is the second shortest war in history between three Arab countries and Israeli. It was an armed conflict fought between 5 to 10 June 1967. The 6-Day war casualties were 21,000 killed, 45,000 wounded, 6,000 prisoners over 400 aircraft destroyed. Do you know who won the shortest war in history?

One of the shortest wars that occurred between India and Pakistan was that of 1971. The most significant consequence of this war was the liberation of Bangladesh. 13-days of the Indo-Pakistani war took place between 3 to 16 December 1971. India won this war, and the former commander of the Pakistani army signed an agreement to surrender in Dhaka and marked the creation of East Pakistan as the new nation of Bangladesh. 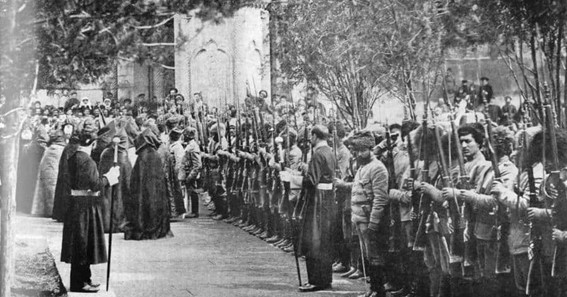 It was the shortest war between Georgian-Armenia in 1918 over the districts of Lori, Javerkehti, and Borchalo. At the end of World War I, Armenia and Georgia had both declared their independence from the Russian Empire. Georgian controlled Lori and Akhalkalaki, both of which had a predominantly Armenian population. On December 7, 1918, the border dispute turned into open military participation. The Greco-Turkish War of 1897 or the Ottoman-Greek War of 1897  also called the  30-Days War and known in Greece as the Black ’97 or the Unfortunate War, was a war fought between the Kingdom of Greece and the Ottoman Empire. The greeks wanted to occupy the Island of Crete, which was the Greek majority and occupied by the Ottomans. In this war, 1,972 people die, 5,178 were wounded, and 253 were prisoners. The Falklands War was a 10-week undeclared war between Argentina and the United Kingdom in 1982 over two British territories in the South Atlantic. The conflict began on April 2, when Argentina invaded and occupied the Falkland Islands, then invaded South Georiga the next day. The 74-day conflict killed 255 British military personnel, 3 Islanders, and 649 Argentine soldiers.

Who Won The Shortest War In History?

Which Is The Shortest War In Indian History?

Undecisive battle between Raja Man Singh of Mughal Army and Rana Pratap of Mewar. Significance: Rana Pratap fought gallantly and took refuge in the remote fortress. This battle is the shortest battle in Indian history and lasted only 4 hours.

What Is The Longest War Ever?

The longest continual war in history was the Iberian Religious War, between the Catholic Spanish Empire and the Moors living in what is today Morocco and Algeria. The conflict, known as the “Reconquista,” spanned 781 years — more than three times as long as the United States has existed.

What Was The Deadliest War?

The deadliest war in history was World War II. While it’s impossible to pinpoint the exact number of World War II casualties, historians have estimated a total of 70 to 85 million people.

To Know Some Great Stuff Do Visit heathhopro

To Know Some Great Stuff Do Visit ofadvantages

To Know Some Great Stuff Do Visit prozgo

To Know Some Great Stuff Do Visit shortestt

To Know Some Great Stuff Do Visit sizesworld